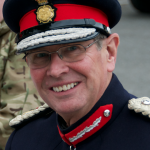 Her Majesty’s Lord-Lieutenant of Staffordshire

Ian Dudson was appointed as Lord-Lieutenant on 29th March 2012. He is married to Jane and they have 2 married daughters and 3 grandchildren.

Ian was an industrialist whose family business, Dudson Ltd, has been manufacturing ceramic tableware for the worldwide hospitality industry, and based in Stoke on Trent, since 1800. He was Chief Executive from 1988 until 2009 and then Non-Executive Chairman until 2016. Other Ceramic industry appointments included being President of the British Ceramic Confederation from 2007-2009, a non-executive director of British Ceramic Research Ltd from 1994-1999 and President of the European Federation of Porcelaine and Faience from 2005-2008.

Ian was awarded the CBE for services to the ceramics industry in 2002 and made a Knight of the Order of St John in 2017.

Prior to appointment as Lord-Lieutenant, he was a Deputy Lieutenant since 2001 and was High Sheriff of Staffordshire in 2010-11. He was Pro-Chancellor of Keele University and Chair of Council from 2005-2012, a board member of the North Staffordshire Chamber of Commerce from 2002-2014 and he was also a founding member of the Local Enterprise Partnership. Currently, he is Chair of the Trustees of The Dudson Centre, which acts as a resource centre for voluntary groups and he chairs the Magistrates Advisory Committee for Staffordshire.

He has been a keen supporter of the work of the ‘Friends’ since they were formed in 2009 and regularly attends our fundraising events. In addition, he and his wife Jane often accompany the Trustees on their visit to the Cadets annual training camp each summer to meet the Cadets and to spend time with the Trustees. 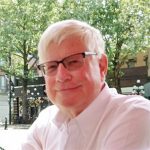 Graham has played an extensive role in the life of Staffordshire including as Chair of Governors of Staffordshire University, from which he has an honorary degree, as a trustee of the National Memorial Arboretum and of Lichfield Cathedral amongst others. Graham is a businessman by background having held a number of senior appointments in retail and financial services. He was awarded the CBE in 2004 for his services to business and to the Department for Work and Pensions.

Upon retirement from the Trustees in 2018, he became lifetime Honorary President in recognition of the outstanding contribution he has made to the Friends of the Staffordshire and West Midlands (North Sector) Army Cadet Force.

Until 2018, Graham was Chief Executive Principal of South Staffordshire College. He now runs his own successful business providing interim senior leadership and governance support in Further Education Colleges across the country. He is a Deputy Lieutenant for Staffordshire, a past President of the Staffordshire and Birmingham Agricultural Society and is a Fellow of the City and Guilds of London Institute. Graham is passionate about providing education, training and opportunity for young people and has been a Trustee since 2017. 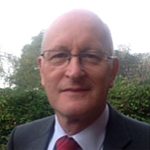 Following a successful career in the heavy construction materials industry and international logistics, Jonathan ran his own international logistics business. He has been a Board Member of the Stoke and Staffordshire Local Enterprise Partnership, responsible for Business Growth and Innovation across the county. He is a keen advocate for young people and the development of skills required by industry and he currently Chairs the Staffordshire Partnership for Employment and Skills. In his spare time, he is Chair of the Birmingham Branch of the national Western Front Association. 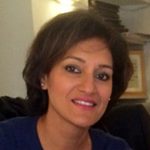 Born in Uganda, Ruby moved to the United Kingdom, which she classes as her home, nearly 50 years ago. She worked for the Leicestershire Chambers of Commerce for a few years and has been the owner of various businesses including opening her own nursery and local restaurants. Ruby has a passion for food and cooking and she is a committee Member of ‘Sanja’, which raises money for local causes in Staffordshire and Stoke-on-Trent. She is a Member of the Patients Participating Group at her medical surgery and has been a Trustee of the Friends since January 2018.

Stephen has lived in the Hanbury/Draycott-in-the-Clay area all of his life and comes from a long established Staffordshire farming family. He is currently Managing Director of Hayes Industries Ltd, based in Marchington. Stephen has been a Parish and District Councillor in East Staffordshire and he designed and commissioned the Millennium Monument located in Market Square, Uttoxeter. Stephen’s hobbies include cycling, skiing, sailing, long distance hill walking and was a soldier of the Reserve Army for 11 years.

Lesley has enjoyed a career in administration and hospitality, working for many organisations including Burton Albion F.C., in addition to assisting her partner in various trustee roles across Burton upon Trent and Staffordshire. 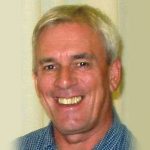 Born in Birmingham, Malcolm moved to North Staffordshire in the early 1970’s and fell in love with the county. He had a successful career as a travel agent, operating predominately in Leek and the Potteries, and has travelled extensively across the world. One of his main interests is the military and political history of the Great War, especially the 1916 Battles of the Somme. He has escorted groups of adults and young people to the Somme battlefields and on several occasions, groups from the Staffordshire & West Midlands Army Cadet Force. He was so impressed with both the Army Cadets and its organisation that Malcolm became a Trustee of the Friends in February 2017.

Kate lives in Blythe Bridge, Stoke on Trent with her husband Paul. She has spent most of her working career in the Ceramics Industry; in Sales, Marketing and Administration.  She currently works at Wade Ceramics Limited as Brand Ambassador. She has spent 10 years as Lord Mayor’s Secretary for the City of Stoke on Trent. Kate has travelled extensively around the world for business and pleasure. Now semi-retired, Kate gives lots of support to charities and is proud to be a trustee of The Friends of The Staffordshire & West Midlands (North Sector) Army Cadet Force Trust. 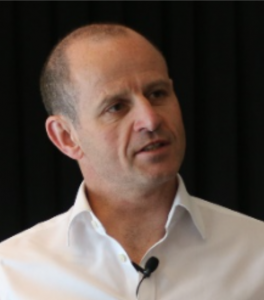 Martin is the Managing Director of Midlands Investment Agency, a financial planning business providing financial planning and wealth management advice to almost exclusively business owners or former business owners and their families in the Midlands. He works with a select number of clients, building long-term relationships advising on investment management and generational wealth planning. 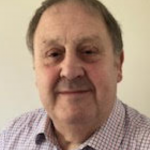 Kim Knutton has been a volunteer member of the Army Cadet Force for 48 years during which he has, at some point, held every position within Staffordshire & West Midlands ACF including Commandant from 2010. During his command, S&WM ACF was awarded the Queen’s Award for voluntary service and in 2018 he was awarded the OBE for services to the Cadet Forces and Youth. In addition to the Army Cadets, Kim has extensive involvement in many Boards, Committees and organisations across the West Midlands. When not involved in Cadet Force or Youth duties, Kim runs his own landscape design and contracting business which carries out extensive projects for large country house hotel chains throughout the country. 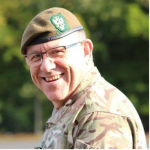 Mark joined the Royal Navy in 1982 and trained as a Marine Engineering Mechanic serving for 7 years, gaining the rank of Leading Marine Engineering Mechanic. Mark Joined Durham Army Cadet Force (ACF) in 1990 as a Sergeant Instructor and served as a detachment Instructor with Washington and Shiney Row Detachments before being commissioned in 1992 as the Washington detachment Commander. He transferred to Bishop Auckland in 2002 before becoming Company training officer in 2003, promoted to Captain in 2004. Mark left the ACF in 2007 to pursue a civilian career in Kent. In 2016 he joined Staffordshire ACF, promoted through the ranks to become Lieutenant Colonel and Deputy Commandant in 2019. Outside of his army career, Mark has been employed in various supervisory and management positions and is currently employed as a Warehouse Operations Manager for a retail wholesale business in Coventry.

Tony Taylor is the current Regimental Sergeant Major Instructor for Staffordshire and West Midlands (NS) ACF. He joined the County as Drum Major in 2017 after serving 32 years in the Coldstream Guards. During his regular Army service, Tony held the prestigious appointment of Drum Major taking part in all major state ceremonial events including the London Olympics, Trooping the Colour and Queens Guards at Buckingham Palace as well as deploying around the world on operational tours. Since leaving the military Tony worked for Stoke City Council as an environmental crime officer and is now the assistant manager of the existing client services team at New Homes Mortgage Services. 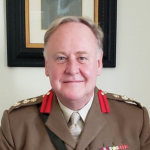 Served 12 years as an Irish Guards Officer holding appointments such as Recce Platoon Commander, Adjutant and Company Commander. Subsequently became a General Manager of 4 companies, CEO of a 600 employee Plc and a highly experienced business consultant having assisted over 60 MD’s in 6 Countries over the last 12 years. Simon was trained by Group 4 in Quality Assurance, TQM and various British Standards. (He was their Regional Director for London and East Anglia managing over some 1500 employees). He has successfully gained certification to EN ISO 9001:2008 in numerous companies he has either managed or assisted as a consultant. Simon is currently an Associate of Beer & Young Ltd, MD of Arccen Homes Ltd, Chairman of the Irish Guards Association – North of England Branch and Commandant of Staffordshire and West Midlands (NS) ACF.

Could You Be A Trustee?